Keynote Address – The Power of Play: A Pediatric Role in Enhancing Development in Young Children 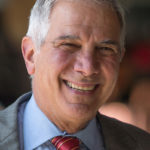 A professor of pediatrics at Harvard Medical School, Dr. Yogman’s recent, widely circulated article The Power of Play discusses the importance of unstructured play in healthy youth development. He has been a leading Boston area pediatrician for more than 20 years.  His teaching and research focuses on the father-child relationship, developmental interventions, nutrition and behavior. 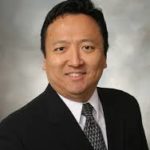 Dr. Harry Yuan is a board-certified pediatric pulmonologist and sleep physician. He received his doctor of osteopathic medicine degree from Western University of Health Sciences. He completed his pediatric residency at Children’s Hospital of Michigan and his pulmonary/sleep fellowship at Children’s Hospital Los Angeles. Dr. Yuan is currently the Medical Director of Pediatric Pulmonology and Sleep Medicine at Children’s Hospital at Providence in Anchorage and the Pediatric Medical Director for Alaska Sleep Clinic. His areas of interest are pulmonary issues related to neuromuscular disorders, cystic fibrosis, and pediatric sleep disorders. He also enjoys traveling, scuba diving, and spending time with family. 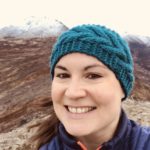 Dana oversees eight statewide programs at ANTHC focused on promoting culturally responsive wellness initiatives among Alaska Native families and communities. Originally from Aniak in Southwest Alaska, she is both Yupik and Athabascan.  Dana is a core team member for the Healthy Alaskans 2020 Initiative, a board member of the Kuskokwim Education Foundation, a recipient of The Kuskokwim Corporation’s 2018 Health Award, and a recipient of ANTHC’s 2018 Employee of the Year award. Dana holds a Bachelor’s Degree in Exercise and Sport Science from Fort Lewis College in Durango, Colorado and is currently enrolled in Alaska Pacific University’s Alaska Native Executive Leadership Program. In her spare time she enjoys gathering and harvesting traditional Alaska Native foods with family and friends, skiing, hiking and running. 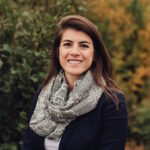 Maryann Villasin Hoke is a tenure-track Assistant Professor of Health, Physical Education and Recreation at the University of Alaska Anchorage, President of the American College of Sports Medicine Alaska Regional Chapter, Exercise Physiologist at the Alaska Heart and Vascular Institute and UAA’s Human Performance Lab supervisor. Maryann graduated from East Anchorage High School. She then received her Bachelor of Science degree in Exercise Science with an emphasis in Strength and Conditioning from the University of Connecticut and Master of Science degree in Sport and Exercise Science with an emphasis in Biomechanics from the University of Northern Colorado. Maryann played NCAA Division I and semi-professional soccer.

Getting Together: Healthy Relationships, Dating and Sexual Violence, and Alaskan-Grown Solutions

Laura Norton-Cruz is the director of the Alaska Resilience Initiative.  She has an extensive background working on issues of adverse childhood experiences (ACEs), domestic and sexual violence, maternal child health, and health equity. Prior to her current role, Laura spent the previous several years at the Alaska Native Tribal Health Consortium collaborating with Alaskans in every region of the state to create culturally relevant and engaging resources and trainings. Laura’s career path has been influenced by her  interests and experience in visual arts, community organizing as well as her role as a parent of two young children.

Don’t Forget About Me Please . . . Including People with Physical and Visual Disabilities in Sports and Recreation Programming. 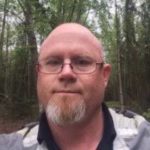 Jeff is a Therapeutic Recreation Coordinator at Challenge Alaska where he coordinates the Paralympic Sport Club Alaska program for people with physical and visual disabilities. He is also an adjunct faculty member with the University of Alaska Anchorage HPER department. 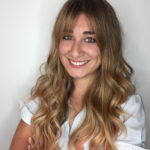 Dr. Alvarado is originally from Costa Rica, where she obtained her MD at the University of Costa Rica. After practicing as a primary care physician in a rural community, she obtained a Masters Degrees in Public Health at the London School of Hygiene & Tropical Medicine and Medical Anthropology at Georgia State University. Her research interests focus on sexual and reproductive health, and women’s health. Her current position at the Department of Health is in adolescent health and healthy relationships education.

Youth Athletes Panel Discussion – What does Positive Leadership Look Like?

A 17 year old Junior at Service High School, Brandon strives to make the school a better place. On the student side, Brandon’s a 3.0 student, and is the current class president. On the athletic side, he’s a Varsity basketball player, he has started since sophomore year. Apart from academics and athletics, Brandon is a manager at Mcdonalds, while also being a certified basketball referee. In his off time, Brandon volunteers his time coaching boys and girls basketball at Hanshew middle school, and a local 6th grade team, known as “The Hawks.” After high school, Brandon hopes to get the opportunity to play college basketball at the Junior College level, while getting his degree in Business Management. Inspiration from being a finalist for the Trajan Langdon award last year, Brandon continues to do whatever it takes to make his school and community a better place for all.

Morgan was the heartbeat of the UAA volleyball team that advanced to the NCAA Division II national championship match. She became the first setter in UAA history to be named an All-American in 2015 (a feat she duplicated in 2016) and helped lead the Seawolves to a 61-6 record over her last two seasons. She finished as UAA’s all-time leader in assists with 3,920. Hooe’s reputation as a fierce competitor was displayed during the regional tournament, when she returned from injury and rallied her team to victory. Hooe’s community service and academic achievements reflected the same integrity that she brought to the court.

As a senior at Service High School, Gus anchored the U.S. relay team to an unprecedented silver medal at the 2018 World Junior Nordic Skiing Championships in Switzerland. On the domestic stage, Gus earned two podiums at the 2018 Junior Nationals and was ranked the top junior skier in the country. A 4.0 student, the multi-sport talent won the state cross country running championship as a junior and twice earned the Nordic Skimeister crown while helping the Cougars win a state title his senior year. Gus is now pursuing his dream of being a top international nordic skier 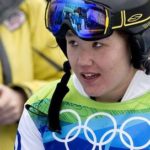 A Yupik/Inupiaq Eskimo raised in Bristol Bay, Callan became the first indigenous Alaskan to make an Olympic Team in 2010. Through over a decade long snowboarding career she’s won medals at the X-Games, World Cups and National Championships, the World Heli Challenge, Jeep World Professional Snowboard Championship. After retirement in 2014, Callan has been coaching for the Park City Snowboard Team and US Snowboard Team Project Gold Teams. Now residing in Berkeley, California, Callan is pursuing a Maritime Captains license and working on a ferry boat. 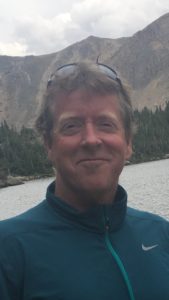 A native of Leadville, Colorado, Eric was drawn to University of Alaska to study at the Center for High Altitude- High Latitude Research.  He received a BS Health & Human Performance and BA Health & Physical Education. He is an American College of Sports Medicine & Athletic Trainer, and was recognized as SHAPE Health Education TOY of Alaska & Northwest Region in 2005.  Eric is a five-time Arctic Man champion and was a member of the UAA Alpine Ski Team.  “In the journey I enjoyed the benefit of sports science and continue the pursuit for what makes performance exceptional. I believe whole heartedly the power PLAY has to lift the human experience if the right influence(s) are present. Athletics, the pursuit of excellence, and good influences made my life possible,” says Eric.